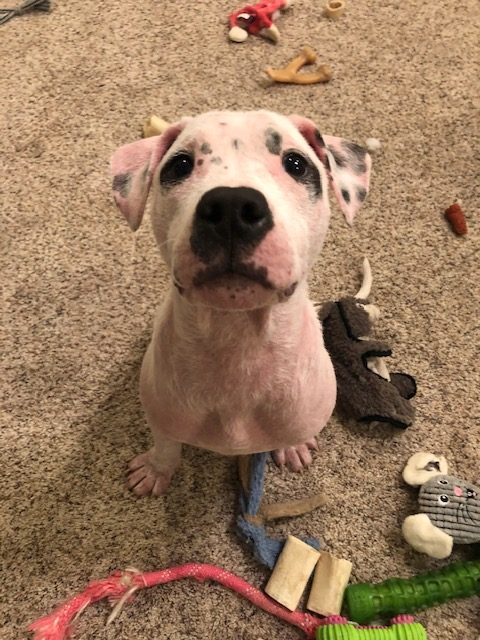 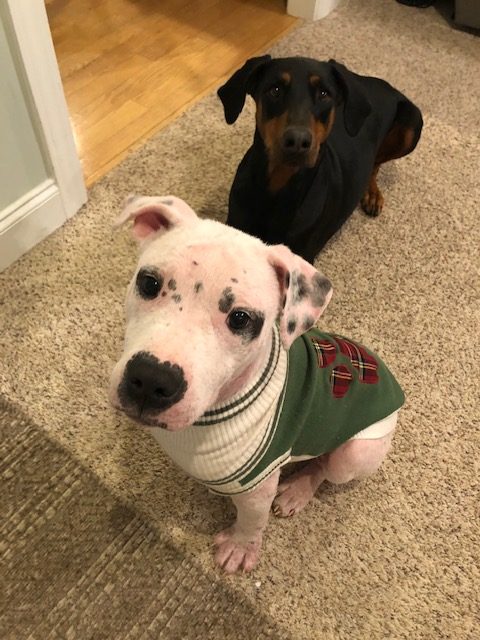 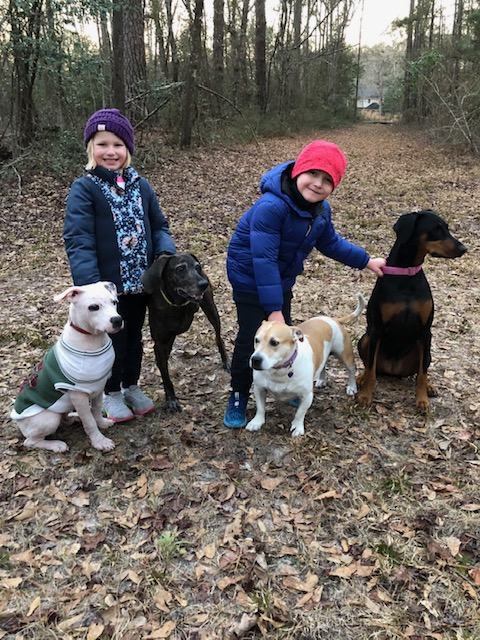 I’m not sure how I found the Florence Area Humane Society Facebook page as I am an Active Duty Air Force nurse stationed at Shaw and have actually never even been to Florence, but for one reason or another, there it was. The date was Dec 30, 2020 and the most distressing pup had three pictures on the page. He was emaciated, covered in mange and was beyond sad. I see pictures of pups in need all of the time but having 3 dogs of my own, 5 year old twins, a horse and a full-time job, I usually feel the heart ache and scroll past.  Not this time and I still don’t know why. I called the Florence Humane Society and also sent an email like the post said to do if anyone was interested in fostering. I received a phone call later that afternoon from the Humane Society director telling me that things had taken a turn for the worse and the pup and his brother were taken to the Emergency Vet. All I asked was to please keep me posted on both pups. It was surprising to me that there was a sibling, as it was not mentioned in the Facebook post.

On the afternoon of Dec 31st, I received word that the pup did not make it through the night, his body was too emaciated and weak to withstand the infection that he had. It broke all of our hearts. It was at this time I heard the brother was able to leave the ER and go to a regular vet, as he was stronger but was still in bad shape and was still on IV fluids.

On Jan 4th, I received a phone call from the director asking me if I was still interested in fostering the brother. I was as honest as I could be in my response and simply replied, “if another person has stepped up to foster and is a stay-at-home person, they would probably be a better fit to care for this sick pup as I still have to go to work.”

On Jan 6th, I received a text saying that all of the other foster offers did not work out for one reason or another. Most of them did not have their own pets currently vaccinated or on heartworm prevention (so for all of those wishing to foster, make sure your pets are current on vaccinations and are taking heartworm prevention). My reply was, “I’ll pick him up Friday after work.”

The director met me at Hewitt Animal Hospital and together we picked up the puppy. The pup was, for lack of words, lost and empty. I stopped at Petco on the way home and picked him up a couple shirts, toys and puppy food, he just sat in the cart as I quickly darted around the store. And then it was time to go home, to a bustling, crazy, full of love home. I wish you could see the video of my children seeing this sick little, not so pretty pup for the first time. My daughter simply said, “he’s wonderful” and they just hugged him.

And several weeks later, Reece is a healthy, happy, potty trained, pup that finally has some lovely fur growing in. He loves his 3 big fur sisters and his 2 children and he loves to go hiking. He sits on command, gives his paw and is working on the down position. Reece will be neutered in a couple weeks and then be ready for adoption (if we are willing to let him go-the jury is still out).

You can help save lives too!

Donate a Kuranda Dog Bed to the FAHS so our pups have a comfy place to sleep. These beds keep the dogs off the floor, are easy to clean and last for years. Click on the image below to go to the order site. 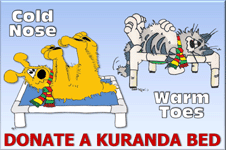 Kongs are the dog toy of choice around here. We fill them with treats and the dogs are happy for hours! Here is a source for Kong 'seconds.' They are a great price and last forever! This company also sells cats toys a great price.